The Role of the Mechanical Engineer as an
Ambulance Transport Expert

When investigating a collision involving an ambulance, the mechanical engineer will address issues regarding the unique occupant environment, transport of a previously injured occupant, and the impact of other working occupants while the vehicle is in motion. 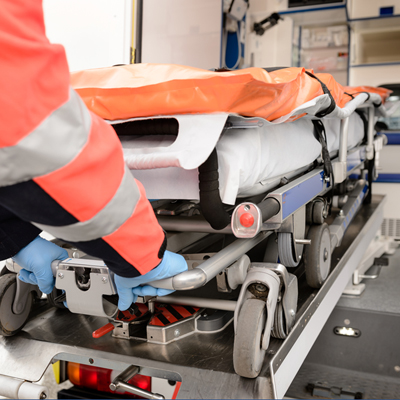 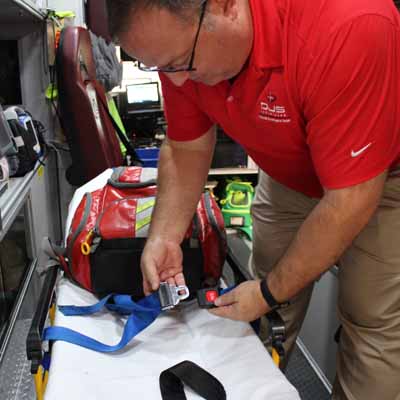 Case Synopsis: Late one night an infant was being transported in an ambulance to a regional children’s hospital by a neonatal transport team. While on a divided interstate highway, a vehicle was traveling the wrong way approaching the ambulance. The ambulance driver was unable to avoid the oncoming vehicle and they collided. During the impact, the infant came out of the neonatal incubator, and sustained serious injuries. The transport team members in the rear of the ambulance were also seriously injured.

Expert Analysis: An investigation revealed that during the crash, the neonatal incubator detached from the system connecting it to the floor of the ambulance. Additionally, there was damage to portions of the incubator itself. Furthermore, the child was ejected from the incubator and found lying on the floor of the ambulance after the crash. Prior to departing on the trip, the child had been secured by the neonatal transport team. This team, along with the incubator, was supplied by the children’s hospital. The ambulance, driver and attachment hardware were supplied by an ambulance transport company.
The investigation of the crash revealed there were mechanical failures of incubator components which contributed to its release from the ambulance. However, it was also determined the method used to secure the incubator may have separated, even if the attachment point did not fail. In addition to the issues with securement of the incubator, there were other issues with the straps supplied to secure the child in the incubator. While the straps were sufficiently able to keep a child properly positioned in a hospital setting, the straps were not capable of providing proper restraint in a crash. There were also questions related to the maintenance of the straps due to the degradation of the hook and pile used to secure the straps.

Conclusion: While any one of several factors would have independently compromised the restraint of the child, there were various defendants responsible for parts of the problems in the case. The difficulty in the case was to determine the role each of these factors played in allowing the child to become separated from the ambulance and injured in this crash. In the end, the defendants reached a settlement with the plaintiff, with each of the parties contributing a portion of the settlement.