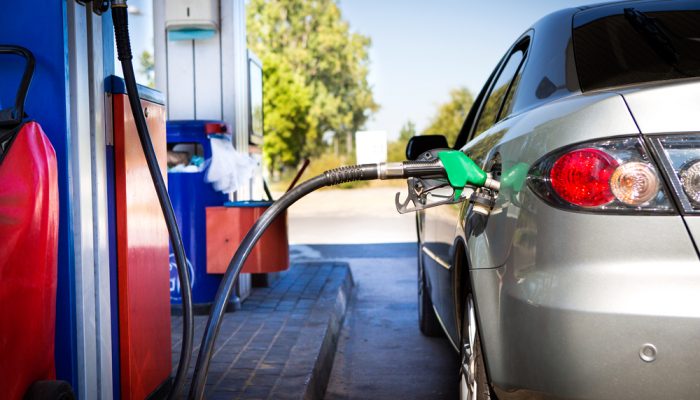 Case Synopsis: A customer at a large, self-service gas station stopped to fuel her vehicle. Upon arrival at the station, she pulled up to a pump and parked so that the gas tank filler was on the side of her vehicle opposite the fuel pump. She was able to extend the hose across her vehicle to fuel it. After removing the fuel nozzle from the vehicle, the customer claimed the hose suddenly retracted with great force, pulling her over and causing her to fall on the concrete resulting in injuries to her head, right shoulder and right hip. Following the incident, the customer was able to drive herself to an urgent care center.

Expert Analysis: The entire event, from the moment the plaintiff arrived at the gas station until after she departed, was captured on surveillance video. The video clearly showed the woman extend the hose to the far side of her vehicle to fuel it. It then showed her start to return the hose to the pump. As she began to walk behind the vehicle, facing the pump, she stumbled and fell to her right, away from the pump. There was no indication on the video of the hose pulling her toward the pump, as her arms remained down, holding the nozzle when she fell to the side.

The plaintiff claimed the gas station failed to properly warn customers not to “cross fuel” their vehicles, that is, fuel the vehicles with the gas tank filler positioned away from the fuel pump. While it was true that the station did not have any warning signs posted, the fuel pumps used were equipped with extended length hoses designed to reach the far side of vehicles. The plaintiff never provided any evidence that it was unsafe to “cross fuel” a vehicle or that the defendant was ever informed of any such issues. It was found, however, that the owner’s manual for the plaintiff’s vehicle instructed owners to park with the gas tank filler of the vehicle towards the pump. Also, the fuel gage of her car had an arrow pointing to the side of the vehicle where the gas tank filler was located. The plaintiff testified that she fueled her vehicle at this station about 300 times in the past without incident and never worried which side of the car was facing the pump.

Review of the plaintiff’s medical records revealed a history of knee problems and a knee replacement, which provides an alternative cause for the fall. This mechanism was more consistent with the plaintiff’s motion seen on the surveillance video of her fall.

Result: Upon receipt of the defense expert’s report, which indicated that there was no evidence of any malfunction of the pump, or excessive retraction force causing the plaintiff to fall, the defendant was able to settle the matter before trial for an amount substantially less than the plaintiff was demanding.